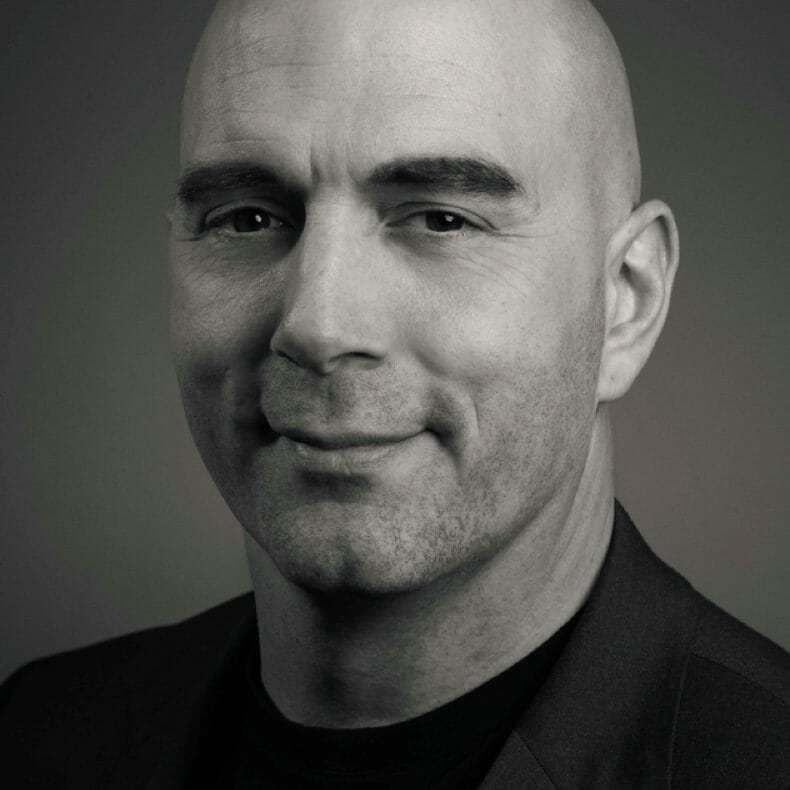 David Whitehouse was born and raised in Steubenville, OH, where he claims to have been known as both the best violinist on Steubenville High’s Big Red football team, and the best offensive guard in its orchestra.

He earned a BA degree in Journalism & Political Science from Miami University of Ohio. He also minored in Theatre Arts, where he discovered an interest in performing and writing sketch comedy and short plays.   After college, David worked as a DJ and journalist.  His goal was to one day work as an arts critic for a local newspaper, since a professor assured him that he would never be an actor.

Whitehouse joined the Shadowbox Live ensemble as a PR assistant in 1994.  The company insisted he participate in all aspects of the organization, including performing. He fell in love with making people laugh, and he has built a library of larger-than-life comedic characters for the stage. He created the company’s video & multimedia department, sparked from a passion for editing he developed as a teenager.  Whitehouse is also the Director of the company’s matinee sketch comedy & rock ‘n’ roll show – the training ground where new metaperformers hone their coming timing and acting skills under his guidance and instruction.

Whitehouse is a member of Shadowbox Live’s Leadership Team.

7 Personal Takes
(THE THINGS THAT SHAPED US & THE THINGS WE SHAPE)
from David
FAVORITE THING TO DO OUTSIDE OF SHADOWBOX LIVE
Mountain Biking
ENTERTAINER YOU MOST ADMIRE
The ones I perform with
ONE FOOD YOU COULD EAT FOREVER
My mom’s meatballs
BEVERAGE OF CHOICE
Manhattan (up, light bitters, light vermouth, splash Cointreau)
YOUR MOST CHERISHED MUSIC ARTIST OF ALL TIME
Ice Cube
THE MOST IMPORTANT THING YOU DO EVERY DAY
Tell my children I love them
THE ONE THING YOU WISHED FOR, BUT NEVER GOT
Worldwide Fame (thankfully)